Together healthier, something 265 medical specialists, 4500 employees and 350 volunteers work hard for on a daily basis. Amphia is a first rate teaching hospital, with branches in Breda, Oosterhout and Etten-Leur. A total of approx. 1350 staff meals are provided on a daily basis; from a simple sandwich to a complete meal and everything in between. Bob Roelvink is the catering manager of Amphia company restaurants.

After finishing high school, Bob went to the University of Applied Sciences for Hospitality and thereafter began working as a chef. This was almost inevitable as he used to help his parents in their restaurant.Thus, the love for the profession began early. Before he started working at Amphia hospital, 12 years ago, he worked as a chef in different companies, such as Restaurant Mirabelle in Breda, at that time holder of a Michelin Star. The chef had already gained experience in catering because he took care of many parties.

Bob indicates that he sees many applications using Bresc’s products. With a total of 4500 staff members at all locations, work has to be done fast and in a process-oriented way with respect to the dishes. There are considerable demands on staff meals. They must be prepared easily and in large quantities and to a single standard. No garlic can be added (or to a limited extent) because the staff come in contact with patients. Spicy foods are allowed and this flavour variety is very much appreciated. When convenience plays a big role, Bresc’s products are a nice addition.

Bresc’s culinary advisers have therefore provided a demonstration at Amphia, Molengracht location in Breda. Approximately 900 meals are prepared for the company restaurants on a daily basis at this location. User friendliness is paramount. Especially in the health care sector, it’s all about qualityand efficiency. The top three selection criteria for a manager in hospital catering are: taste, appearance, and also definitely important, the price.

The applications provided were received positively by the senior members of Amphia’s culinary team. The biggest improvements can be made in the spreads and dips, the Mediterraneo Italia and the Parrillada’s. ‘You can use flavour additives offered by Bresc as toppings for many types of bread. The more actions we have to perform, the harder it is to maintain one standard’. Amphia’s aim is to have one chef per restaurant in the future. At that moment you can prepare dishesà la minute. Bob says that he will then highly depend on Bresc’s products.

Most important to Bob is to maintain the quality of the meals and to keep on surprising the employees and volunteers.‘We are constantly looking for flavour variations in our range, and we would like to keep the dishes accessible for everyone.

Bresc’s products are not only well-suited because of this, but also their standards: suitability for cold storage, ease of use, and with consistent quality, are why Bresc’s products also match well with Amphia’. 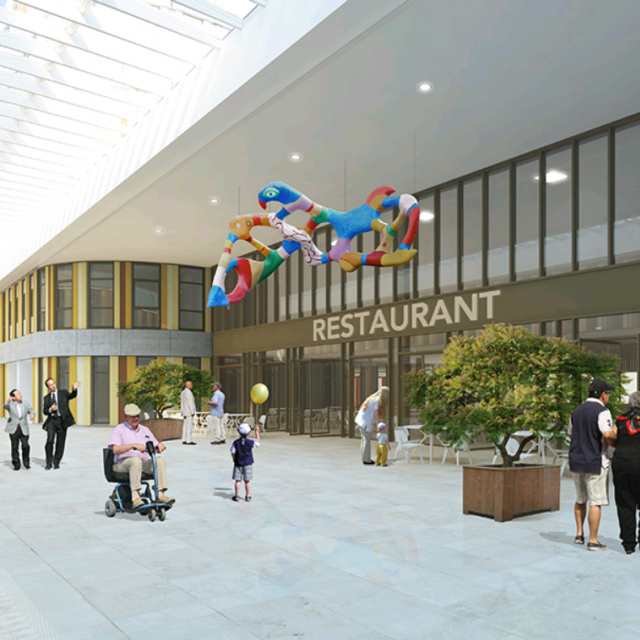