Coen, the son of Jacco Heijkoop, founder and proprietor, was the original source of The Tosti Club. His passion and inspiration for toasted sandwiches “as they are supposed to be” laid the foundations for what is now known as The Tosti Club: he wanted toasted sandwiches, made in a pan, without any grilled stripes and leaving the actual sandwich in tact. Jacco opened his first branch on Van Coothplein in Breda in 2015 but five new branches in Nijmegen, Nuland, Den Bosch and other towns followed quickly. In fact, six months ago, Jacco even opened a branch in Rotterdam. “And this is just the beginning”, Jacco smiles.

These hot delights range from the classic toasted sandwich to a scrumptious Ouwe-Jongens-Krentenbrood sandwich made with current bread, mascarpone, apple, cinnamon and finished off with a scoop of vanilla ice-cream; they can be ordered as a regular sandwich or as a triple-decker that will alleviate any snack attack. As you see, the menu offers plenty of choice. Nonetheless, if nothing seizes your fancy, you can create your own toasted sandwich.

It’s The Tosti Club’s ambition to build an (inter)national chain with Dutch roots based on this toasted sandwich concept. As Jacco explains: “The Tosti Club is Dutch, but we want to generate a continental flavour sensation: real Dutch with flavours from all around the world. Our search led us to Bresc and we created The Italian Tosti with Bresc’s Pesto and The Salmon Tosti with their Wasabi. We also offer specialities that are not menu standards, like The North African Tosti, the toasted sandwich of the month which is made with Ras el hanout, and we’ve just introduced mini toasted sandwiches with Bresc roast garlic. We’re trying to work with brands we, The Tosti Club, believe in and, as far as we’re concerned, Bresc is a brand that guarantees flavour sensation.

What makes Bresc such a good partner for The Tosti Club to work with? “The company’s ambiance made a great impression on us. We visited Bresc’s inspiration kitchen and met the team at the Horecava trade fair. Visiting Bresc is like visiting your family and knowing that everyone knows you.” In addition, Jacco is inspired by his work with the culinary advisors. “When we talk to the culinary advisors, we can sense their passion for their products; it’s obvious they believe quality, flavour and commitment. They contribute amazing ideas because they ask themselves what would be suitable for a recipe for The Tosti Club? They always adapt them to our preferences and try to find out how Bresc’s products can be used to work best for us.”

Behind the scenes, The Tosti Club is very busy expanding and they have invited Bresc to join them for the development stage of that process. “The Tosti Club can exchange ideas with, and acquire inspiration from, Bresc’s culinary advisors. Bresc is a driver for development and innovation. And for their part, Bresc welcomes the stimulation generated by The Tosti Club. Together, we can make sure that the menu is always entertaining, surprising and exciting. Bresc provides a personal touch for the user that really adds value.” 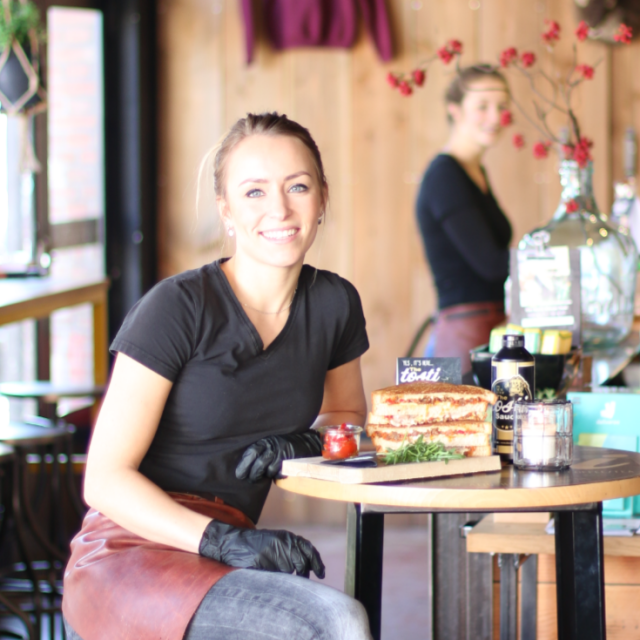